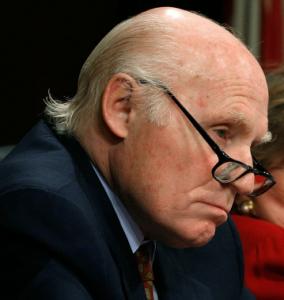 The cancellation of the November schedule has cost the Bucks four Saturday night home games, including games against the Bulls and Knicks.  It also increased the degree of difficulty of the 68 games still on the calendar, based on the 2011 final standings.

The Bucks would play 55.88% of their games against 2011 playoff teams, assuming no more games are lost.  Prior to the cancellation that percentage was 54.88%.  If Bucks owner Herb Kohl thinks his team is playoffs-worthy, he would do well to consider how much steeper the road to the playoffs will be if and when the lockout ends, and how much steeper it will get if December games are lost.

What’s that?  The failure of the owners and players to reach a collective bargaining agreement (CBA) has caused a one percent increase in difficulty for the Milwaukee Bucks?  Boo hoo.  And isn’t that scheduling disparity partly the Bucks fault for sinking into sub-mediocrity last season and losing a playoff spot to the Pacers?

Yes, and the Pacers are part of the point — one of the games lost is a home game against the Pacers, a plum opportunity to begin righting last season’s failures.  Not-yet-cancelled are two games in Indy and a game in Milwaukee.  Ratchet up the degree of difficulty a bit more with Pacers home court advantage against the Bucks, something the Bulls will also enjoy if the games cancelled remain off the calendar.

And it only gets more weighted against the Bucks the closer one looks at what was lost and what remains.

If December is cancelled, the Bucks will lose only a single road game in the West, a trip to Memphis. That’s early in the month, following a trip to New York and a Saturday marquee featuring Milwaukee’s favorite ex-Buck, Ray Allen, and the Celtics, tough games all.

Kohl and the Bucks front office have got to be eyeing that Celtics game and rueing the day more games are tossed into the shredder.  A Celtics game is one of those money-making, potential sell-outs, an easy-marketing homecoming for Ray, one of the last chances to see the current Celtics before they rebuild (Ray and Kevin Garnett will be free agents after this season).  It’s a natural for the Bucks’ 2012 home-opener, ready or not.

The Celtics are followed by a string of five matchups that should give Bucks fans a good gauge on where their team is headed this season: at home against rebuilding Detroit and Denver in flux, on the road to Washington to play John Wall and the Wizards, home for Corey Maggette and Charlotte and then on to Indiana.

Playoffs?  Not if the Bucks can’t get it together enough to win some of those games.  They cannot afford another start like last season’s 6-wins, 12-losses disaster. The first 22-games of the schedule, prior to the lockout and the cancellations, provided a solid chance for a decent start — assuming only the 2010-11 records of the opponents.

Then Dirk Nowitzki and the champion Mavs come to Milwaukee for their only appearance, Saturday, Dec. 17, another candy marketing game the Bucks front office should be loathe to lose.  A tough opponent, of course, but the loss of this game would leave the trip to Dallas still-to-come.  From a competitive standpoint, the Bucks can ill afford the cancellation of the first three weeks in December.

All of which begs the questions:  How much does pro basketball game talk matter to many NBA owners?  Specifically, how much does it matter to Bucks owner Kohl, who has yet to play more than a supporting role to the small market hardliners in these negotiations?

Unlike small market hardliners in Cleveland and Phoenix (when Nash leaves or retires) and Boston (rebuild after 2012) and San Antonio (aging San Antonio) the Bucks aren’t rebuilding or looking ahead to a near-future rebuild.  Ostensibly, they have more in common with the Bulls and Knicks — the Bucks want to play and win now with Andrew Bogut and Brandon Jennings, and put a forgettable, injury-plagued 2011 season behind them.

But like Portland Trailblazers owner Paul Allen, the so-called “Grim Reaper” on the owners’ side, Kohl has spent years playing and paying big under the current system, and losing in a market much smaller than New York or Chicago.  There’s talk that Allen is taking a hard line in the negotiations because he wants to clamp down on player salaries and exceptions to position the Blazers for sale.

Kohl has lost more than Allen in the current system, and paid big in recent years for the likes of Michael Redd, Bobby Simmons, Dan Gadzuric, Corey Maggette, Drew Gooden, tax accounting write-offs in the flesh.  There’s been little or no recent talk of Kohl selling the Bucks, and the real politick in Milwaukee and Wisconsin says even discussions over a new arena are years away.

But rumblings of a sale could sound at any time.  Kohl isn’t getting any younger and will retire from the U.S. Senate next year at age 77, and, while Kohl has never made the Bucks books public,  it’s safe to assume his team has more in financial common financially with Allen than he does with the “play now” teams in Chicago, New York, Dallas, Los Angeles and Miami.

At some point — and we may have passed this point already — the “play now” owners are going to push hard for a resolution, to end the 50/50 or 48/52 squabbling over how much “Basketball Related Income” (BRI) the players should get.  The owners have already bettered their financial position by $200 million per year and about $1.2 billion over the next seasons.  That’s a tremendous giveback by the players at 52% BRI.

With the two sides so close on the BRI, it’s the “play now, win now” owners vs. “don’t play, write another season off” mode.

(Editor’s note: Not more than a few hours after this post went up, one of the “play now, win now” owners, Miami Heat owner Mickey Arison, was fined $500,000 by the NBA for tweeting that he wasn’t the owner fans should be upset about. “You’re barking at the wrong owner,” Arison tweeted in response to a fan who accused Arison of ruining the game.

“The response clearly fortified the belief Arison is part of a more moderate group of owners, mostly from big markets, who don’t share the opinion of the majority of hardliners who think the NBA needs to keep the players locked out to achieve financial concessions,” reported Yahoo’s Adrian Wojnarowski.  That belief is certainly one held here.)

At what point does Kohl look at the first Saturday in December and say, “I need my team to be on the court against the Celtics” on that night?

Which kind of owner — write-it-off or play ball — is Kohl really?