The shuttle diplomacy between lawyers for both sides in the broken mess of contract negotiations between NBA players and owners began on Tuesday, continued Wednesday and will resume today on Black Friday.  Yahoo Sports columnist Adrian Wojnarowski broke the story Wednesday afternoon, right about the time most anybody with hope for a season had given up looking for NBA lockout news until after Thanksgiving weekend.

The talks are aimed trying to resolve differences to the point where union lawyers and leadership can get a handshake deal, re-establish the union, draw up a formal proposal, vote on it and open a 66-game season Christmas Day — a televised feast of showdowns that NBA junkies look forward to every year.

The obstacles are many, and go a long way toward explaining why the players disclaimed the union.

Clear as oatmeal, right?  But make no mistake — one reason that small market owners are out to cut player compensation down to 47 percent of league basketball-related income (BRI) is that most of the other negotiating (if you can call it that) items aren’t very meaningful.  Here’s how The New York Times described it:

The parties essentially picked up where they left off Nov. 10, discussing a proposal that includes a 50-50 split of revenue, shorter contracts and tougher spending restrictions. The players rejected that deal, but on the basis of a half-dozen mechanical issues which, in the grander scheme, are fairly minor. They have already conditionally agreed to the 50-50 split and most of the new payroll restrictions.

It should be noted that the owners have made sure not to be too hard on themselves in these negotiations.  The 12% cut to the salary cap and luxury threshold won’t go into effect until the 2013-14 season.  And behind all of this has been an agreed-upon amnesty clause that would give teams a one-time “get-out-of-our-worst-mistake” card.  The player would be released with pay, of course, but his contract would not count against the salary cap number.

Gilbert Arenas (Magic), Baron Davis (Cavs), Mike Miller (Heat) — this means you.  For the Bucks that could mean Drew Gooden, whose contract won’t look so tradeable in 2013-14 when the salary cap and luxury threshold would be lowered 12%.

To boot, either side could opt out of the previously proposed ten-year deal after six years when a new TV deal will be in place.

The lawyers have called Derrick Fisher to New York.  A deal may finally be in the works. 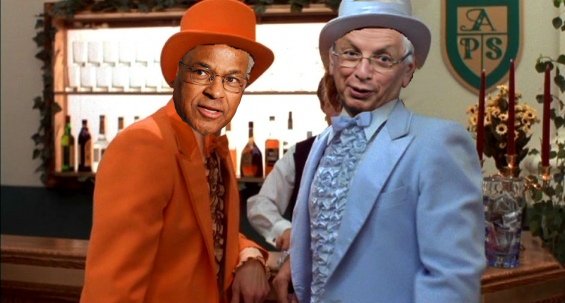 1) Abyss:  Whereby the 2011-12 NBA season is lost and the union decertifies and/or fires union heads Billy Hunter and Derrick Fisher.

3) Unbargained or unbargaining:  The process in which workers and their employers meet, talk and talk, and fail to hammer out a contract on most of the workplace items noted above.

Now digest the following note from The New York Times report on the current status of NBA player-owner negotiations:

It is unclear whether the union could call for a full membership vote, since the deal is technically not complete; there are 30 to 40 “B-list” items – such as drug testing, player discipline and days off — that have yet to be negotiated.

That’s a troubling note, raising serious questions about what the NBA and the players union have been talking about ad nauseum for the last two months – and 23 hours this week when Commissioner David Stern let on to the media that there was a laundry list of issues to discuss other than the previously identified “A-list” issues.

Sure, there’s been a lot of posturing about those “A-list items — the all-important split of basketball related income (BRI) as well as some “system” and “competitive balance” issues that are not as important, systemic or balancing as Fisher and Hunter and the league made them out to be.* 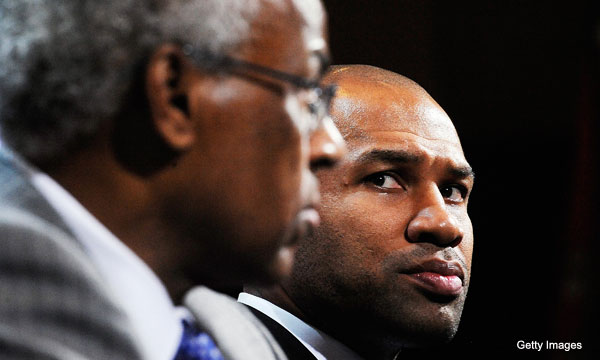 While all parties involved were busy posturing, it apparently didn’t occur to anyone to bargain on anything else.

Whether a vote of the full membership now is possible, however, is much clearer than The NY Times suggests.  Yes, union membership can vote on an incomplete agreement, and there is often little legal recourse if items change in the final contract, according to the site UnionDemocracy.org.

It’s a trust thing.  Membership trusts its elected leaders and bargaining team leaders to do the right thing and communicate the important changes to the contract.  Other member ratification rights and voting rules are outlined in each union’s constitution, on file with the federal government.  If union leadership betrays that trust, the law says it’s not the employers problem and the contract typically stands until the next bargaining opportunity.

The problem here is that the NBA membership is not likely to appreciate voting on an incomplete agreement, especially not after Fisher and his bargaining team backed all the way down to a 50-50 split on BRI — and failed to win big concessions to trumpet to the 450-member players association.  You don’t need a Harvard Law degree to understand that more unbargained contract items mean less chance of approval, or that no meaningful concessions are a hard sell.

Here we have one monumental change — players will get 50% of BRI instead of the current 57%.  Unfortunately for Fisher and Hunter, the owners refused to back down on the one free agency issue that would have benefited improving small and medium market teams — the ability to nudge into luxury tax land while using the full $5 million MLE.  According to CBS Sports, the amount available to sign a free agent would be the reduced $3 million MLE, certainly not the end of the world for smaller market teams but a nice equalizer for big spenders like the Lakers.

This could be an immediate problem for the Miami Heat (payroll $5 million under the luxury limit), the Hawks and Trailblazers; and a problem for many teams, Milwaukee Bucks included, when the 50% cap goes into effect.

Right now, it’s a problem for Hunter and Fisher and everyone who cares whether there is an NBA season this year.  The union leadership allowed the owners to back them to the edge of the abyss, failed to get solid concessions and then allowed a woefully incomplete contract proposal to be presented to their members via player agents and the media.

“Trust us.  This was the best we could do,” they might be saying to members and their player reps.

“How quickly does Billy (Hunter) get fired after we sign this bullshit,” one veteran player texted to Yahoo NBA columnist Adrian Wojnarowski.

NBA player reps will decide on Monday-Tuesday whether to go to a full membership vote on Hunter and Fisher’s largely unbargained contract mess.

*Note:  The actual impact of the much-discussed “A-List’ system issues is debatable with the one notable exception discussed above on the MLE vs. luxury tax calculation, which does impact competitive balance and the free agent market.  Hunter and Fisher couldn’t win this concession.  Under the owners’ proposal small market teams would not be able to improvea without being treated like repeat tax offenders (Lakers, Celtics currently).  This is being referred to as a “tax cliff.”

The other “A-List” items are all fairly minor, considering that repeat tax offenders have been rare in the history of the current cap rules (since 2005).   (See Hoopshype salaries page).  Luxury tax revenue sharing doesn’t impact competitive balance on the court.  Sign and trade deals are rare.  Big spenders will still have an MLE.  Etc. etc. etc.

Other than the 50-50 split on BRI, there’s not much new here for either the Miami’s or Milwaukee’s of the NBA.  No, the new proposal is not worse than the last one, as some agents are suggesting.  But hey — if they don’t like it, either party can opt out after six years. Not much of a selling point but the best card Fisher and Hunter managed to negotiate for their members.